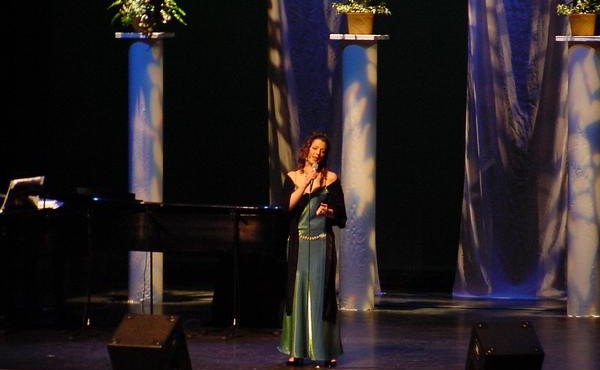 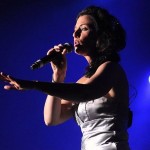 Deirdre, a versatile singer from Ireland, has always had a natural instinct for music.  She developed this further by classically training at Dublin’s College of Music and with this education under her belt, she embarked on a unique solo career.  Through an illustrious series of achievements in critically acclaimed singing groups and shows around the world, Deirdre made a real name for herself.

Featuring in Deirdre’s career to date are the internationally acclaimed shows – Lord of the Dance and Celtic Woman.

Cast by Michael Flatley in the solo singing role of Erin the Goddess she performed extensively in the Americas, Africa and Europe for over ten years. Indeed, she returns regularly to feature in his touring show Lord of the Dance.
She toured the US and Ireland in 2006/2007 as soloist in the hit show Celtic Woman.  Their album topped the World Music Charts for over 45 weeks, earning Deirdre gold and platinum discs from EMI Manhattan.

Her performances have placed her on some of the world’s most prestigious stages such as the Royal Albert Hall (London), Royal Concertgebouw (Amsterdam), O2 (Dublin & London), Carnegie Hall & Radio City Music Hall (New York).

For Deirdre, television recordings have been many.  The Celtic Tenors and Celtic Thunder Specials were both filmed for PBS TV in America.  Lord of the Dance ‘The Return of Michael Flatley’ was filmed and released on DVD, Blue Ray and in cinemas worldwide in 2011.  Live TV appearances include Britain’s major annual event, Music Live, commissioned and aired by BBC, performing alongside Jamie Cullem, Bob Geldof, Brian Kennedy and Moya Brennan.  Other appearances of note include CBS’ Morning News and Fox’ Morning TV (USA), The Jools Holland Show (UK), Kelly Live, Open House and The Late Late Show on Irish television.

Her ability to ‘cross-over’ diverse singing styles has made Deirdre comfortable performing and recording with a wide range of artists such as The Chieftains, Michael Crawford, Elvis Costello, Julie Feeney, Dionne Warwick and Air Supply.  As guest soloist, Deirdre features on The Canadian Tenors’ and Celtic Thunder’s albums. She also makes a special appearance on the Celtic Tenors’ album We Are Not Islands (Ireland)/ Remember Me (Worldwide).

As a soloist Deirdre has stayed busy making two albums.  The first, an award-winning album, self-titled ‘Deirdre Shannon’ which generously shares a mix of folk and classical songs.  Her second, an independently released album called ‘Anamceol’, suitably translated as Music for the Soul, is a much anticipated collection of rare and not-so-rare Celtic gems.

Today back in Ireland she stays busy performing in concerts, corporate events, organising church music for funerals and weddings where she is a much requested wedding singer.

This website uses cookies to improve your experience while you navigate through the website. Out of these cookies, the cookies that are categorized as necessary are stored on your browser as they are essential for the working of basic functionalities of the website. We also use third-party cookies that help us analyze and understand how you use this website. These cookies will be stored in your browser only with your consent. You also have the option to opt-out of these cookies. But opting out of some of these cookies may have an effect on your browsing experience.
Necessary Always Enabled
Necessary cookies are absolutely essential for the website to function properly. This category only includes cookies that ensures basic functionalities and security features of the website. These cookies do not store any personal information.
Non-necessary
Any cookies that may not be particularly necessary for the website to function and is used specifically to collect user personal data via analytics, ads, other embedded contents are termed as non-necessary cookies. It is mandatory to procure user consent prior to running these cookies on your website.
SAVE & ACCEPT